Jean Pierre Sebagh founded the band in 1993. Les Cigales maintain their position as leaders by constant updating of the repertoire but also and most of all by the quality of musical performance carried out by talented artists.

Les Cigales is undoubtedly a reference among private parties and Corporate.

Jean Pierre Sebagh founded the band in 1993. Les Cigales maintain their position as leaders by constant updating of the repertoire but also and most of all by the quality of musical performance carried out by talented artists.

Indeed, both singers & musicians take a full place within Les Cigales where each brings something different and personal to this strong musical family. 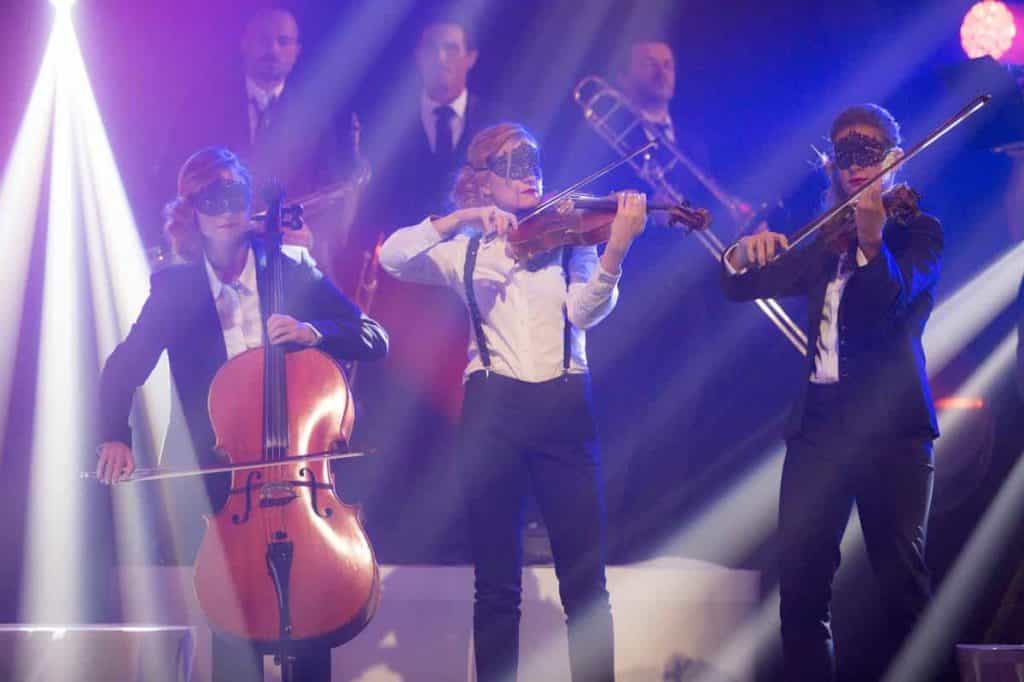 Each event is prepared and tailored like an Haute Couture runaway show with the utmost precision. Thanks to the carefully planned rehearsals, the thoughtful selection of a driver and the presence of a coordinator at all events, the client's needs are met and exceeded.

As the conductor of Les Cigales, Jean Pierre Sebagh has assigned the creative direction to Jean Louis Mary. Together, year after year, they took this prestigious band to its excellence. Energy, the « savoir-faire », the Elegance and Desire are words that have come to define Les Cigales.

Human
Be the one
Titanium
Heavy Cross

5.0
2 Reviews
Write a review View all reviews
Rachel91
Highly Recommended
If you're planning a wedding in the Paris area, these guys are just incredible!! There was such a magical atmosphere at our wedding reception and this band definately added to that!!!
Did you find this review helpful?
0
0
Victoria
What a band!
Les Cigales were truly magnificent, so talented and captivated the guests!!!
Did you find this review helpful?
0
0

Tobi Tobi play their tunes for all the lovers out there during ceremonies, canapés, first dances and over dinner. Double bass and acoustic guitar and vocals, they learn your favourite songs to make your special moments magic.

Go2Wonderland
in Wedding Planners in Portugal

Go2Wonderland is a professional wedding planner based in Algarve (south of Portugal). All wedding requests are carefully worked out with the maximum efficiency and professionalism since the first contact.

It was the year 1642 when Lady Camilla Savelli, a Farnese noblewoman, commissioned the convent of “Santa Maria dei Sette Dolori” and the adjoining homonymous church to Francesco Borromini

For over 20 years we have dedicated ourselves with care and attention to the art of banqueting, to transform every wedding and every reception into a food and wine event.