Wedding Photography – Business Transaction or Affair of The Heart?

Now here’s a strange thing (or maybe not – depending on how you look at it) when thinking about what I was going to write in this post the first thing I wanted to get right was the title.  I wanted to put across that when you “buy” your wedding photographer’s services you will more than likely do so in one of two ways – either it will be a service you “need” to buy in and a very calculated decision based mostly on the costs involved or it will be a “Wow I must have these for my wedding” type love affair where you fall in love with what you see on your photographer’s website.  If they cost a little above your planned photography budget then you will find the extra somehow because you’ve just got to have them.  So that was what I was contemplating whilst thinking of my title.  Now here’s the strange thing….

As I was writing the title I thought about how we sell our wedding photography or perhaps more accurately how people buy from us.  It may surprise some of you to learn that for us it’s also very much an affair of the heart and not a business transaction.  That’s not to say that we don’t have a minimum price below which we are unlikely to book – of course we do – we have to make a living and we have to cover the costs of the excellent products and albums we offer.  Second best simply isn’t good enough for us.

But in order for us to in many instances stand out in the rain, deal with cheeky, often worse for wear guests sometimes difficult family relationships with tact and diplomacy, look after and almost pamper not just the bride but those around her all day long and then at the end of the day still produce our best work ever (because we are only ever as good as our last wedding) there has to be something more in it for us than money alone.  I suppose what I am referring to is job satisfaction in its broadest sense.

So we start off with four people – you two and us.  The relationship between us needs to be pretty equal in order for it to work on the day – i.e. we need to want to photograph your wedding as much, if not more, as you want us to photograph it for you.  Think about it.  Does the most amazing, special day of your entire life want to be just another mark on the photographer’s year planner until they have their quota filled for the year?  Of course not!  Ideally you want your photographers to be looking forward to photographing your wedding and spending the day with you because, believe me, if they are not then it will, no matter how hard they try on the day be reflected in some way in the pictures.  The number of times we go just that little bit further, stay just a few moments longer, watch a little more carefully because we suspect something a little special is about to happen and are rewarded with some beautiful moments and expressions is high.  Not everything happens just when you expect it to on a wedding day or just how you are expecting it to happen.

Take the signing of the register picture for example.  One never to be missed at every wedding – with the increase in civil ceremonies and peculiar registrars it’s also one of the shots which is getting more and more regimented and unemotional to shoot.  It’s a set up.  One of the “must have”pictures for the album.  But do you know that virtually every time the couple kiss after signing the register as a set up shot as the photographer stands down and the guests are invited up to take their shots the couples nearly always 99/100 times have another moment when they kiss?  They can’t help themselves.  It’s an intimate moment between two people who for a nana second are the only two people in a room full of people.  It’s one not to be missed.

Take the confetti picture – another example.  We get some great shots of this.  But what happens immediately after the confetti has been thrown?  Either one of two things – if not both – firstly some people will try to stuff the confetti down the front of the brides dress – this makes a good “fun” picture with great expressions.  Secondly flower girls and little children from the wedding will start gathering up the confetti.  They are drawn to it like a magnet.  Now there’s two ways to capture this second photo opportunity if you are going to – the first (rather boring if you are not careful) is to simply take the shot, the second however is to get down to the kiddies level and take the shot from their angle – it makes a great shot and well worth the effort.  That same principle can be applied to photographing kids anytime at a wedding.  Get down on their level – see the world as they see it – you will be rewarded with some interesting pictures.

These are just two examples from the many moments that go to make a wedding day.  I’m a romantic at heart and I very much shoot for expression – specifically the expressions of love and affection between two people.  Now that isn’t just limited to the bride and groom.  I love the moment when the Father of the bride sees his daughter for the first time on the wedding day for example.  Nearly always tough men soften and you can see the love in their eyes.  Nearly always the bride looks expectantly at her father as if almost seeking approval for one last time but the shot that many photographers miss is the mother of the bride watching all this going on.  She loves them both dearly.  She’s probably been a party to the bride choosing the dress and helping her to get dressed on the wedding morning.  She’s as excited about her husband’s reaction to his daughter as the bride is.  This is mums’ moment too.

So now I’ve talked a little about why wedding photography is an affair of the heart for us what about you?  What makes you consider a particular photographer over another?  Is it a cost thing or is it a passion for what they do and offer?  Without knowing the photographer can you envisage them at your wedding and imagine the pictures they may take of you and your family for you?  Or do you picture and album made by a particular manufacturer filled with faceless pictures?  They remain faceless until after the day because it’s simply another box ticked on the long list of things you have “to do” before the day.  It’s not a reality even in your imagination.

Do you think that you might be able to “barter down” your photographer in price to photograph your day for you, sometimes to the point that, as in other wedding services you have bought in, it becomes a game of wills to see who will give the most before walking away?  If you love the work of the photographer you are trying to negotiate with let me tell you this is a very risky game to play.  You might end up with a real bargain but there’s also a great chance that you will end up with all of nothing.

Conversely do you simply love what they offer and if your budget will allow you’re going to have them?  If you do this will come across to your photographer and there is a chance that even if they are slightly above your budget if they have any room to maneuver on what is included – say by decreasing the album size or number of pictures initially included then your photographer may be willing to try to compromise to an affordable price for you.

John Ruskin – a much more intelligent person than I once famously said:

It is unwise to pay too much, but it is worse to pay too little.
When you pay too much you lose a little money.
That is all.
When you pay too little, you sometimes lose everything because the thing that you bought was incapable of doing the thing that you bought it to do!
The common law of business balance prohibits paying a little and getting a lot.
It cannot be done….
And if you deal with the lowest bidder, it is well to add something for the risk that you run.
And if you do that, you will have enough to pay for something better.
There is hardly anything in the world that someone cannot make a little worse and sell a little cheaper.
And the people, who consider price alone, are this man’s lawful prey.

I know I’m biased but he could have been talking about wedding photography!

Previous
For the ultimate wedding visit The Landmark London

Next
Strawberries and Cream at Wonderful Wimbledon 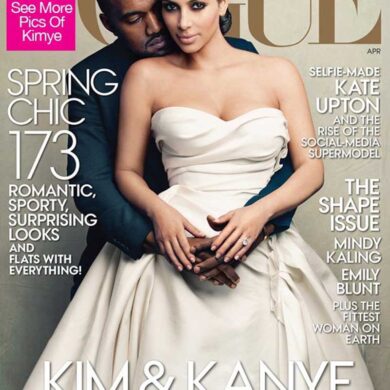