Jeff Weinzweig and Ashley Kalus were married in a stunning ceremony at the Riad Ayadina in Marrakech between the 2nd to 7th of April 2009. 42 close family and friends flew into Morocco from the US and London to celebrate the beautiful occasion with the happy couple. Ashley, originally from San Diego, is currently completing a course at the London School of Economics before returning to the US where Jeff is a surgeon in Boston. 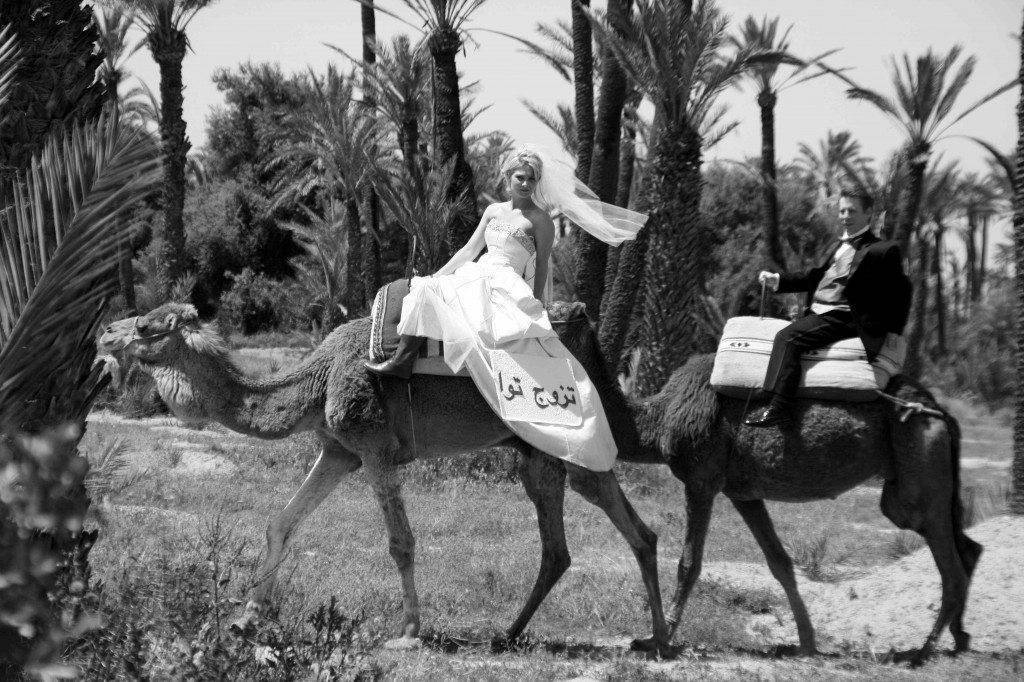 The couple fell in love over their passion for travel and adventure, so it was only right that they would choose an exciting and romantic location such as Marrakech to bring their closest family and friends together. The couple chose the beautifully converted riad (courtyard house) Ayadina in the ancient medina of Marrakech as the setting for the wonderful occasion. The bride, groom and bridal party all shared the 9 luxury suites of the Ayadina Riad, while additional guests stayed at charming, nearby riads in the medina.

The wedding party arrived a day early for the rehearsal dinner which culminated in the bridal party joining all the guests for mint tea in the open air food market on the famous Djeema el Fna square, surrounded by acrobats, storytellers and snake charmers. Guests were surprised by a horse and carriage tour of the old town followed by late night cocktails and dancing at the ultra-hip Oriental DJ bar – Le Comptoir. 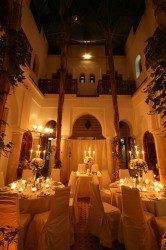 started rather unusually with the Ashley and Jeff choosing to demonstrate their unconventional and adventurous streak by ‘meeting’ for the first time among the traders and snake charmers on the Djeema El Fna square, for photos with the bridal party. Hundreds of well-wishers cheered them on as they left the square for the enchanting gardens of the 12th Century Koutoubia Mosque as the bride and her 6 bridesmaids posed for the photographer and videographer.

Back at the riad, guests gathered on the rooftop which has been transformed into a haven of fluffy, white, sheepskin rugs and one thousand white roses, just for the ceremony. The couple exchanged vows at dusk, just as the sun was setting over the snow-capped Atlas Mountains behind them. Guests celebrated with mojitos and canapés while been treated to performances by traditional Gnawa musicians and a Master Snake charmer! They then descended into the courtyard of the riad where they ate a sumptuous candlelit Moroccan dinner under the stars which included traditional Moroccan salads and magnificent slow roast Moroccan lamb tagine.

As dinner flowed, guests were entertained not only by the moving speeches but also by an oriental cabaret of acrobats and belly dancers! Dinner concluded with the guests following the bride and groom into the second courtyard which was lined with orange trees, where they cut the tiered chocolate cake and toasted champagne. The rest of the night was a blur as the guests danced the night away pausing only for traditional henna tattoos and to smoke “hubbly-bubbly” shisha pipes. Ashley decided that the perfect end to her wedding would be a camel trek to “wreck the dress” through the Palmeraie, Palm Grove of Marrakech on Sunday morning!

The local Berbers and passing tourists were more than bemused to see the groom in his dinner suit and his elegant bride in her dress, veil and riding boots, riding camels under the midday sun with a “just married” sign in Arabic on the back. After a quick change into relaxing beachwear, the bride and groom met for a delectable farewell lunch with their guests at the chic Nikki Beach poolside restaurant and club.

The couple then made their way to Cairo airport to start the first part of their African Honeymoon. Gifts and mementoes The guests all received an eye-catching, personalised tagine shaped basket of Moroccan goodies, including Moroccan baboosh slippers and dried fruits. They were also gifted with wedding favours of Harrods and sweets from Boston to represent the different aspects of their lives coming together in Morocco. Each guest had also written small well-wishing cards that offered wedding advice and were to be bound for the couple as a keepsake. The white individual tagines that were used for the meal were also washed and filled with fragrant Moroccan pastries, wrapped, and delivered to each guest in the morning as a memento?

Wedding Supper Menu Amuse Bouche of Smoked Salmon Mezze of Moroccan salads Individual tajine of Slow Roast Lamb with fennel and confit tomatoes Dessert Buffet (served in Dining room) Tea and Coffee served with Moroccan pastries Chocolate tiered wedding cake with Champagne Wedding Planners Rosena and Fred Charmoy of Boutique Souk, an Irish and French couple who met and married whilst planning other people’s weddings and events in the intoxicatingly, exotic Marrakech. Rosena said, “This was a great project for us, especially as the couple had such a sense of adventure. None of the guests had been to Morocco before and most never to Africa, so Ashley and Jeff provided a fun-filled weekend showcasing the Marrakech from the authentic riad they chose as the setting, to visits to the medina, souks and host of local cuisine, culture and entertainment to some of the glamorous nightlife the city is now famous for.” “With a busy work and study schedule and the issue of distance, a lot of the planning was done through email.

The initial choice of venue and plan was done by email as the couple had to set the date etc before visiting Morocco, but they met up mid-Atlantic in Marrakech for a weekend of planning 4 months before the event to finalise food and wine, floral arrangements, hair, make-up and itinerary.” 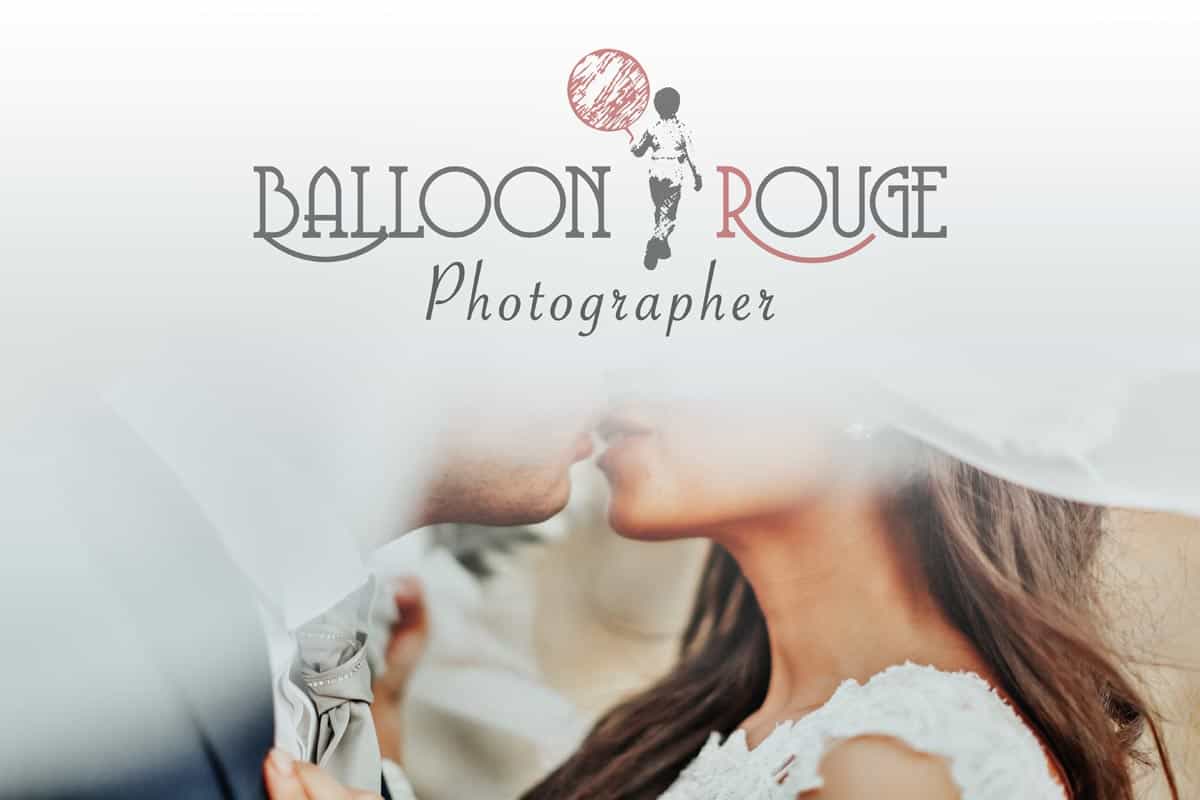 Next
Beauty Tips to Get Gorgeous Lip 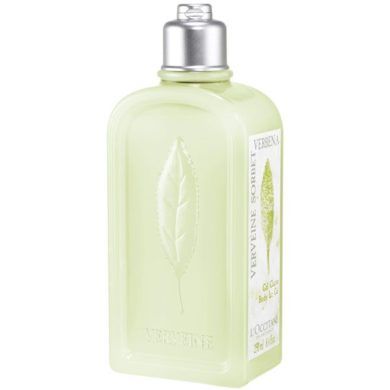