We have just been sent this lovely real honeymoon of Denise and Jonathan Barnett who live in London and married last autumn, before embarking on a heavenly honeymoon in Tanzania with The Selous Safari Company.

“We wanted to do something on our honeymoon that neither of us had done before and the idea of lying on a beach for the whole holiday didn’t appeal to either of us as we are both active and love running marathons, skiing – you name it! So we decided to go on safari. We considered several safari companies but chose to book Siwandu, which is part of The Selous Safari Company as they offered a luxurious base with the options for open vehicle safaris, boat safaris and even walking safaris every morning with a quality lunch back at base, with enough time for a quick swim before the afternoon activity. This variety really appealed to us.

Our first impression of Siwandu in the Selous Game Reserve was how really open and part of the bush it was. There are no gates or fences and you really felt that you were in the middle of this wonderful wilderness. We were lucky enough to see giraffe and elephants on the short drive from the landing strip to the camp and the guide was great about making sure we got a good view of them, so we felt like we had done a mini safari before we even arrived at our accommodation! Once we arrived everything was beautifully organised with a high level of service. We were met with a cold drink from the camp manager and warm welcome from the staff, including our butler for our stay.

The setting for the camp is out of this world. Our luxuriously-appointed tent had a view of the lake and the camp has been designed so that from the front decking you can’t see the other tents which meant that it felt nice and secluded. Getting woken up each morning with fresh coffee and a cheery ‘good morning’ from the butler was really special, as was drinking it on the decking whilst watching the wildlife walking by. The most romantic thing was probably having drinks on a small boat on the lake as the sun went down at the end of our boat safari. As we were on our honeymoon, the management and staff gave us this romantic treat towards the end of our stay which was very special.

The best bit of our stay was probably when we were on an early morning walking safari and we came across a herd of elephants. It was like something out of The Jungle Book with the herd in single file, mother at the front, baby running around in the middle and the bull elephant at the back holding a stick in his trunk. To be standing so close to so many of these amazing beasts was both terrifying and exciting at the same time. As they walked past and got up wind they sensed us and the bull stared us out while our guide chambered a round in his rifle just in case…An unbelievable experience!

We had so many amazing experiences on our honeymoon which included watching an elephant knock down and eat a small tree right outside the restaurant while we ate lunch. Seeing African wild dogs twice in our week was very special as they are a such a rare sight. Perhaps one of the lasting memories was just how friendly and welcoming all the staff, guides and management were during our trip.

After our safari adventure, we spent time on the Tanzanian coast for a few days of relaxing on the beach, which was a lovely contrast and a great way to end our perfect honeymoon.”

Package Price, cazenove+loyd cazloyd.com is offering a nine-night safari-and-beach itinerary from £3,652 per person. Available for selected departures until March 2013, the price includes three nights on safari at Siwandu, three nights at Jongomero in the Ruaha National Park plus a further three nights at the beach retreat of Ras Kutani on a full-board basis. Also included are flights from Heathrow with British Airways, internal transfers, game viewing drives in open sided 4×4 vehicles, walking safaris and boat safaris at Siwandu, as well as concession and park entrance fees, taxes and surcharges.

Next
A Destination Wedding With A Difference 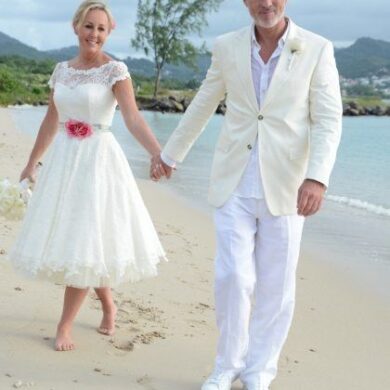