Karl Lagerfeld, Natalie Massenet, and crowds of fans celebrate the launch of KARL at NET-A-PORTER.COM with Window Shops around the Globe

What:              To celebrate the launch of KARL at NET-A-PORTER.COM, five pop-up Window Shops were unveiled around the globe in Paris, New York, London, Berlin and Sydney. Alongside the launch activity at the pop-up window shops, the celebrations continued in Place Saint-Germain-des-Pres, Paris where a mysterious cube that appeared on Friday January 20 was officially opened by Karl Lagerfeld at 4.30pm Paris time January 25.

At the Window Shops, visitors used the NET-A-PORTER KARL app, powered by Aurasma, to scan, shop and win pieces from the collection. In addition, visitors to the window shops and cube received exclusive KARL goodie bags and t-shirts, with the first fifty receiving a pair of iconic KARL leather gloves or a collar from the collection.

Who:               In addition to Karl Lagerfeld and Natalie Massenet, The KARL celebrations attracted the fashion elite from around the world including Godfrey Deeny, Imran Ahmed, Alex Shulman, Annika von Taube, 5 Star Weddings among others.

About KARL:    KARL is the new modern and accessible line from the house of Karl Lagerfeld. In a strategic partnership that sees NET-A-PORTER as the exclusive global retailer for 4 weeks from launch, this is an exciting new direction for the label and one that distills the iconic essence of its figurehead. NET-A-PORTER will be offering over 70 different pieces from the collection including draped jersey dresses, classic pants, sweatshirts, skirts, shirts, dresses, T-shirts, shoes and bags. Channeling Lagerfeld’s distinct aesthetic, the color palette is predominantly black and white with a rock ‘n’ roll edge. Prices for the collection start at £20/€19/$35 for a canvas bag.

More:               Friday, January 27, a 650-square-foot pop-up KARL shop will open in the same location in New York (375 Bleecker Street). Shoppers will be able to experience the new collection while shopping directly from NET-A-PORTER.COM on iPads in the store. Orders placed in the store before 1 PM will be delivered same day free of charge within Manhattan via NET-A-PORTER’s Premier delivery service. 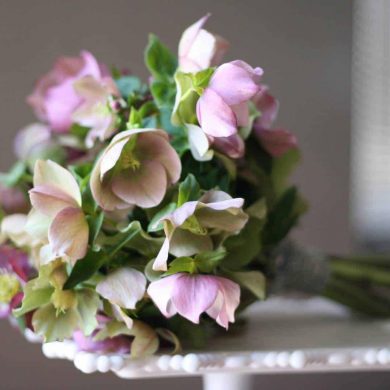