The Royal Wedding On The Web And Social Media

With less than a week until the Royal Wedding between Prince William and Kate Middleton, the internet is buzzing with royal wedding stories. It is anticipated that the Royal Wedding will be the biggest event to hit the internet…ever! Countries like The USA, will be able to watch the event unfold live online via The Royal Wedding Website, Youtube, Facebook, BBC.com or Twitter.

But where will you be on Friday 29th April? The TV networks will be hoping to attract massive viewing numbers, but with major competition from other media networks should the TV broadcasting networks be concerned? 30 years ago Diana Spencer married William’s father, Prince Charles. It was said that around 17 million Americans watch the event. 30 years on and with Prince Williams being 8 years older then when his mother Diana arrived in her glass carriage to say her ill fated vows to his father, William and Kate have grown up with the growth of the Internet. And to be fair, Buckingham Palace and the Royal couple have embraced the online social media revolution.

Yes, there is a Royal Channel, Youtube is to show the entire ceremony online streamed live on the Royal household’s official Youtube channel. The live stream will begin at 09.00 GMT and will follow the wedding procession, marriage ceremony at Westminster Abbey through to the traditional appearance on the balcony of Buckingham Palace. You can also upload a video message of congratulations via a video guestbook on Youtube’s The Royal Channel.

And The British Monarchy have also embraced Facebook with their own Facebook Page with 341,779 ‘likes’ and this number will rise considerably over the coming weeks . Google have plotted on their Google Map The Royal Procession with an interactive map. The search company are also  showing it’s 3D imagery via Google Earth to cover the entire royal wedding procession. Starting at Westminster Abbey, then the Houses of Parliament and Big Ben, No 10 Downing Street, Horse Guards Parade, The Royal Mall and finally reaching Buckingham Palace.

And there is the mighty Twitter where there will no doubt be millions of tweets being posted, giving blow by blow updates, options, good and bad on the Royal Wedding as it unfolds, however, actually reading the live tweets as they come in will be difficult as the messages will come and go so rapidly that to follow the conversation can be difficult to read. What will be interesting to see is which aspect of the wedding will actually trend, we reckon the wedding dress will be a trend topic.  You can follow the Royal Wedding on Twitter @ClarenceHouse and congratulatory tweets can be sent to the couple using the #rw2011 hashtag.

And as mentioned in previous blog posts, the couple have their own Wedding Website,which is powered by Google App Engine and implemented by Accenture

Yahoo’s photo sharing site Flicker also host the Monarchies and can be found at  http://www.flickr.com/photos/britishmonarchy

We have listed a few of the major online channels and networks that the Royal Family have embraced. Gone are the days where one would only see the Royal Family on official duties, now with the internet and social media, the Royal Family are in our home, on our mobile phones and on many other electronic devices twenty for seven. The Royal Wedding will and has change how many people will see and use the internet forever. 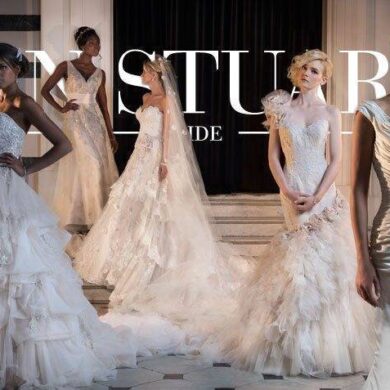