New-built, high up in Peter's Square

A corner mansion then ascended;

And where its lofty perron ended

And kept their ward with paw uplifted.

Immortalised in Alexander Pushkin's 1833 poem The Bronze Horseman, the legendary Lion Palace is coming to life once again as a stunning new gathering place for travellers and the city's social and cultural trendsetters. Set to open in summer 2013, Four Seasons Hotel Lion Palace St. Petersburg harkens back to Russia's romantic past while setting a course for the future of hospitality in the city. 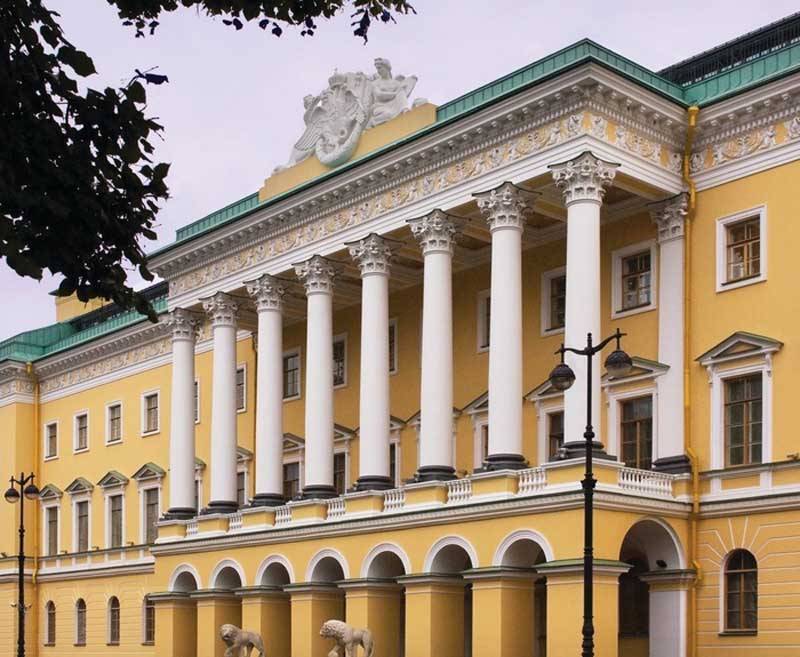 We are very proud to be part of the city, and it is a great privilege to open our Hotel in such a legendary building returning to the city in its full glory," says Martin Rhomberg, General Manager of the new hotel in this historic building. "We are looking forward to presenting to guests our sumptuous room appointments, exciting new restaurant concepts, the city's most exclusive spa and its most impressive event space. After years of exhaustive preparation, we are ready to begin booking reservations in anticipation of our opening later this year."

A Labour of Love and Respect

A meticulous restoration that respects architect Auguste de Montferrand's original vision and thestoried history of the "House with Lions" is culminating in a traditional setting for a very modern way to travel, meet, dine and entertain.

The unique triangular-shaped building – guarded for nearly two centuries by the pair of stone lions in Pushkin's poem – began life like many other St. Petersburg palaces, as an apartment house for the city's elite. Owned by Princess Cleopatra Lobanova-Rostovskaya, wife of Tsar Alexander's close associate Prince Alexey Lobanov-Rostovsky, the Lion Palace was occupied for just seven years before it became a state ministry. For much of the 20th century, renovations by various occupants – including a hostel, school and state offices – caused significant damage to the once beautiful palace, until the Administration of the President of the Russian Federation decided to revive this important architectural monument as a luxury hotel, the first Four Seasons in Russia.

Now, just months from inviting guests to once again pass through its formidable entrance, the Lion Palace is returning to its former glory. The 177-room hotel will also house four restaurants and bars, an exclusive spa, and stunning meeting spaces with high tech amenities for business and glorious décor for weddings and other social functions. 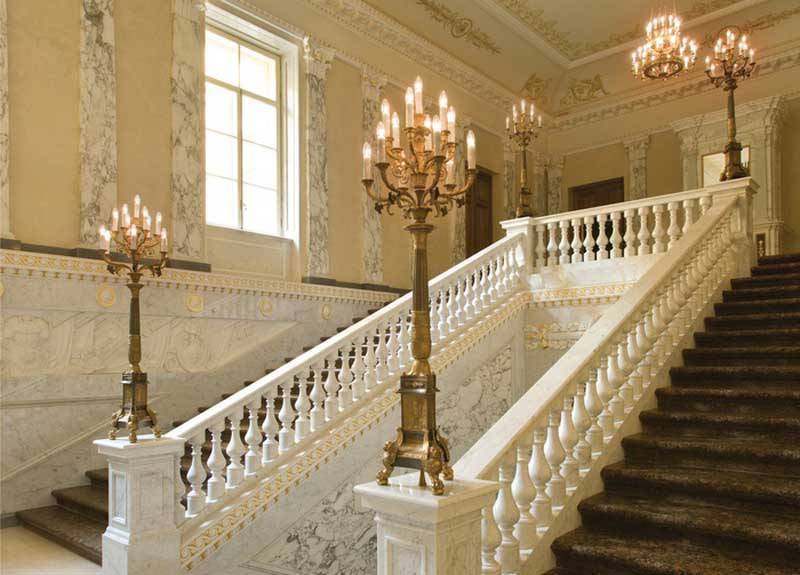 At the Heart of St. Petersburg

Positioned next to the iconic St. Isaac's Cathedral, also designed by de Montferrand, Four Seasons Hotel Lion Palace St. Petersburg is where Admiralteysky Prospekt and Voznesensky Prospekt cross, just a short stroll from the Palace Square. Inside, the feeling is immediately palatial, with a grand staircase reminiscent of the much-photographed staircase of the Hermitage and Winter Palace.

"We want to become the meeting place of choice in St. Petersburg, and with our beautiful main ballroom we will see many grand events, and we certainly look forward to congratulating many wedding couples who will begin their new lives together here," says Rhomberg.

Guests who stay in one the Hotel's 151 rooms and 26 suites may awaken from their signature Four Seasons beds and momentarily imagine that they are tenants in Princess Lobanova-Rostovskaya's 19th century apartment house. Timeless elegance in the setting of a palace fit for royalty, where each room – many with unique floorplans thanks to the building's triangular design – features high ceilings, period details and fantastic views of St. Petersburg. Also in every room: 21st century technologies and thoughtful comforts that travellers around the world have come to expect at Four Seasons.

Michelin-starred Executive Chef Andrea Accordi has been as dedicated in creating bold, innovative menus as the restorers have been in perfecting architectural details.

Sintoho, a name derived from the first letters of Singapore, Tokyo and Hong Kong, is a new Japanese-style dining concept featuring northern Asian cuisine. A sushi counter, two dining areas and a semi-private teppanyaki dining room invite intimate dinners as well as larger parties. Sintoho boasts its own wine cellar and a selection of cocktails inspired by Oriental flavours, as well as a selection of Asian beers and fine teas. Fresh seafood is at the heart of the menu, with sharing encouraged.

The Tea Lounge, located in the Lion Palace's courtyard atrium, will welcome guests for breakfast, traditional afternoon tea including a signature house blend served from a samovar as well as hot chocolates and coffees, and Russian specialties served all day.

Xander Bar – named for Tsar Alexander II, for whom Cristal Champagne was created – will take Russia's love of the finer indulgences to a new level with a broad selection of top quality spirits including 40 different vodkas and a dozen Champagnes accompanied by caviar, smoked salmon and other zakuskis, or Russian-style small bites. For cigar aficionados, the bar will offer a great selection of the finest cigars. Laid out in a series of rooms with parquet floors covered in Persian carpets and wood panelled walls and ceilings, Xander will be warmed by a double-sided fireplace.

How Will Brexit Affect Your Destination Wedding?

And later, another restaurant will surely be the talk of the town: Percorso, an Italian dining concept like no other in St. Petersburg. Designed as a culinary tour of Italy, updated classics and Chef Accordi's own creations will be accompanied by homemade breads and an Italian-focused wine list, plus selected apéritifs and digestifs. Percorso will feature an open kitchen, and offer a private dining room.

An Exclusive Retreat: The Spa at Four Seasons

Also coming later in 2013 will be an intimate and exclusive full-service Spa. Luxuriously spread over four floors within the building's original courtyard, the Spa will offer six treatment rooms, Russian-style saunas, a fitness centre and a relaxation pool under a sunlit dome.

Open to Hotel and day guests, the Spa will offer traditional and cutting edge facials, massages, body treatments, and manicures and pedicures, all with the intuitive service of skilled Four Seasons therapists.

The City's Most Impressive Address

While the photo opportunities associated with the grand staircase alone might be enough to temptbrides and event planners to book Four Seasons Hotel Lion Palace St. Petersburg for their most important occasions, it might very well be the event spaces themselves that capture the imagination.

The exquisite Montferrand Grand Ballroom accommodates up to 350 for dinner and dancing, and seven additional rooms offer a variety of well-equipped meeting spaces in a total of 785 square metres (8,450 square feet) of event space.

Known as Leningrad for much of the 20th century, St. Petersburg was founded in 1703 by Peter the Great – the "bronze horseman" of Pushkin's poem. Often referred to as the Venice of the North due to its rivers and bridges, the city takes much of its flavour from a long association with the royal families of Europe, and its citizens' enduring love of art and culture. In addition to its strategic location near to the city's business community, Four Seasons is also close to important historic sites, extensive museum collections, performing arts including the world-renowned orchestra, ballet and opera of the Mariinsky Theatre, and annual events including the famous Beliye Nochi, or White Nights, each June/July.

The city also boasts a dynamic food scene, and the concierge team at Four Seasons is ready to suggest the best restaurants, score VIP access to the hottest clubs and last minute tickets to the theatre, plus arrange excursions to the beautifully preserved palaces that surround the city. 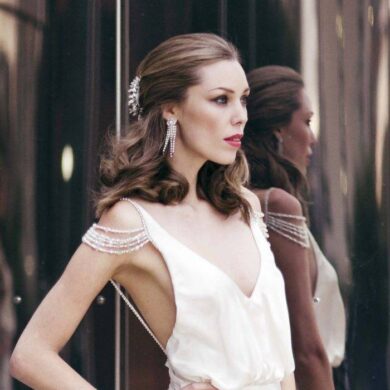