With wedding season almost upon us, leading digital music service Spotify has today revealed that Brits are finally ditching the cheesy tunes when it comes to choosing their wedding music. Analysis of nearly 78,000 wedding playlists that have been created via Spotify has shown that Brits have finally got their groove on, heralding the ‘sad’ demise of novelty songs such as Agadoo, in favour of hip hop and rock tracks. 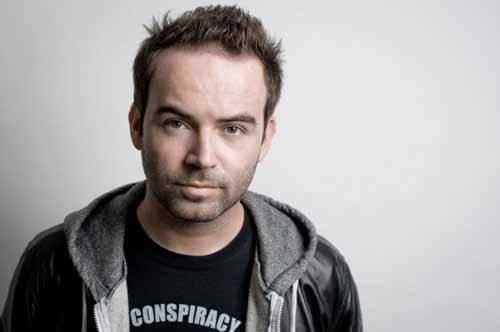 The top three tracks chosen by betrothed users of the social music service prove it’s no longer about romance on the dance floor. The Black Eyed Peas – I Gotta Feeling took top spot, Kings of Leon – Sex on Fire was the second most popular and perhaps most surprisingly, The Killers – Mr Brightside, a song about relationship paranoia and cheating, came third. Stevie Wonder’s floor-filler Superstition and Abba’s party track Dancing Queen did make the top five1 but, romantic crooners such as Celine Dion and Mariah Carey, often considered standard fodder for any wedding disco, don’t get a look in.

Celebrity DJ Sam Young, a regular on the wedding circuit including Freddie Windsor’s Royal Wedding last year attended by Kate and Wills, recognises the trend for creating a bigger party atmosphere at wedding receptions: “Ever since Kate and William got married last year, weddings have become cool again. The rumours about their wedding party exploits dominated the press – apparently party-lover Harry created the reception playlist for them – and now all couples are desperate to recreate that buzz.

“Although at first it might seem surprising that songs about sex and getting trashed are topping wedding playlists, from my experience I know that couples are more concerned with throwing the ultimate party for their guests than slow-dancing the night away.”

Wedding fever hit in spring last year with a whopping 390 per cent increase in wedding playlists created from April to May 2011 and, perhaps unsurprisingly, July proved the most popular month for Spotify users to get hitched. Creating the playlist also proved to be an area where the bride was willing to relinquish control as nearly 70% of all wedding playlists were created by men, which may have influenced the top song choices on the list.

Angela Watts, VP of global communications for Spotify, commented: “With a library of over 16 million free tracks and over 700 million playlists created to date; it makes sense that so many people are now using Spotify to create their wedding playlist. Couples want their family and friends to be part of the celebrations, especially when it comes to the music and often invite guests to submit their favourite tracks before the event. We hear that newly married couples are even sharing their wedding playlist with guests as a lasting reminder after the event – just as you’d share a photo album.”

Spotify has created an ultimate Royal Wedding Playlist with the expert help of DJ Sam Young to mark the first anniversary of the royal nuptials. Using a selection of the best music from the day itself, the playlist is a track by track account 2 of the 2011 celebration. From the procession and choral music in the Abbey to Kate and Will’s first dance and beyond thanks to Sam’s knowledge of the Royal’s favourite party tunes, the playlist allows fans to relive the entire day through music.

Previous
More Couples Say ‘I do’ To Prenups

Next
Mini-Moon At Times Square

Open the love with Moët & Chandon