How To Pair Your Luxury Venue With The Perfect Entertainment 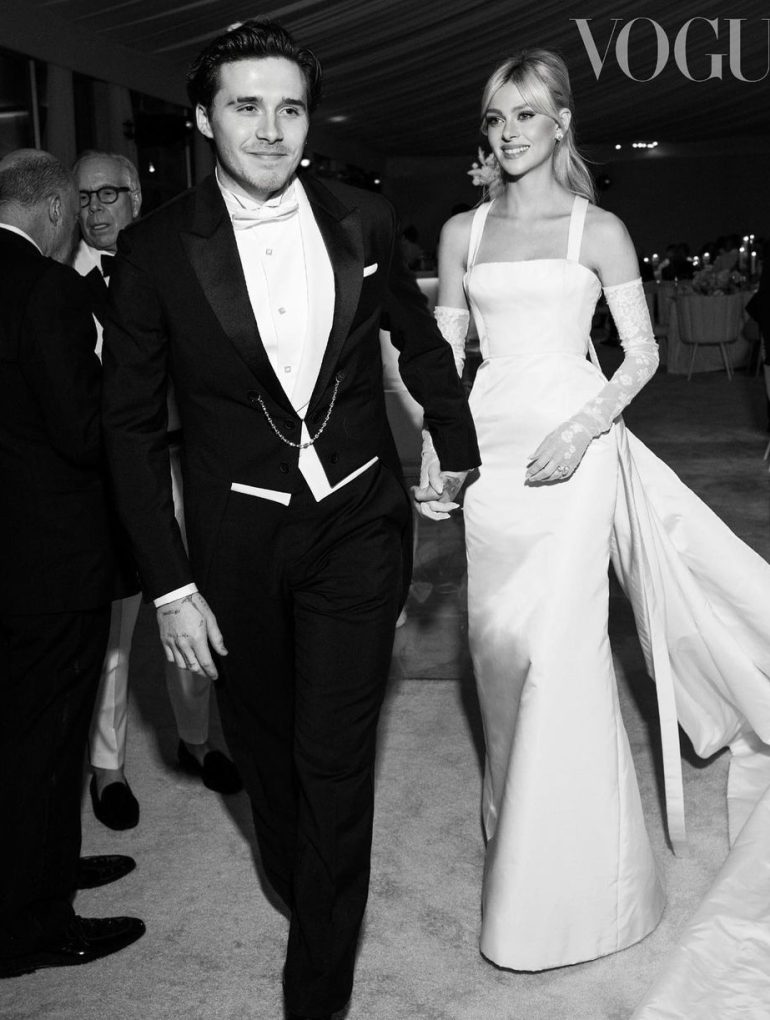 Two years ago the world learned that Nicola Peltz, the famous daughter of billionaire investor Nelson Peltz and model Claudia Heffner is in a relationship with the famous spice girl and football legend, son, Brooklyn Beckham.

After two wonderful years together, the young couple exchanged vows at the Peltz family’s luxury Palm Beach estate, in front of their A-list friends. Some of the guests that attended were Venus and Serena Williams Eva Longoria, and two of Victoria’s former bandmates.

Nicola looked stunning in her romantic Valentino couture gown, which took over the entire room with its show-stopping train. Nicola chose the brilliant stylists Leslie Fremar, to help her get ready in the months leading up to one of the most spoken of, star-studded, weddings of the year.

The breath-taking gown incorporated sweet personal details, to make it feel even more special and close to home. The bride’s mother added an evil eye as a talisman for her daughter, along with a message that the Valentino team stitched into the wedding gown using blue thread.

The couple’s guests and loved ones flew into Florida for a full weekend of celebrations, which was organized by the brilliant and famous wedding planner Michelle Rago.  The wedding weekend started with an intimate dinner on Friday night, where their family friend Kim Jones outfitted the entire wedding party in Dior outfits.

Victoria Beckham, also the mother of the groom, wore one of her own designs to her son’s big day, as many other guests also chose to wear Victoria’s designs during the Saturday festivities. Victoria wore a metallic, couture dress with a slip that shined through the entire evening, reflecting the lights and moonlight. Eva Longoria also wore a stunning Victoria Beckham piece. She wore a breath-taking slinky black dress from her best friend’s spring/summer 2022 collection.

The bride walked down the aisle holding onto her father’s arm, to the sound of a live rendition of “Songbird” from UK artist Sekou, accompanied by a string orchestra, part of a musical program conceived by ALR Music. One of her adorable flower girls was her new sister-in-law, Harper Beckham. Her bridesmaids wore gowns crafted by tailor Joel Diaz.

The groom wore a diamond chain by Anita Ko, which was also a gift from his new in-laws.

“He wore it Friday night as an upscale wallet chain, and on the night of the wedding as a formal chain attached to the front of his evening jacket,” says Ko, who was also a guest at the ceremony. “They were bezel set emerald-cut diamonds.”

After the wonderful ceremony, it was party time for the newlywed married couple and their star-studded guests. There were delicious cocktails decorated with seasonal white cherry blossoms and a lovely jazz quartet played, then a 12-piece live band took over the entertainment, which had everyone up from their tables and onto the dance floor.

The wedding party was in a stunning wedding tent, which had been decorated by HMR Designs with garden roses layered with peonies, petite white ranunculus, spray roses, and hydrangea.  Inside the tent was a delicious black-tie dinner for everyone to enjoy after the ceremony (created by the brilliant Thierry Isambert Culinary and Event Design) During the dinner, were the traditional speeches from the best men.

Brooklyn’s best men were his brothers Romeo and Cruz and his father who delivered a heartfelt tribute to his eldest son and his new daughter-in-law. After the dinner was over, it was time for the newlyweds their first dance, who choose to dance to the classic song“Only Fools Rush In”, performed by rising South African artist Lloyiso.

The couple’s friends joined them on the dance floor, along with some famous members of the Beckham family’s inner circle, such as the celebrity chef Gordon Ramsay and his family, who also attended the wedding, and Marc Anthony took over the DJ decks to close out the celebrations. More stars to fill the dance floor were the filmmakers Michael Bay and M Night Shyamalan, who had previously directed Peltz in movies, Hollywood heavyweights including actors Rashida Jones and Kiernan Shipka, as well as Natalia Bryant, the late basketball legend Kobe Bryant’s daughter

The newlyweds also included a touching charity moment in their celebrations, where they partnered with the humanitarian agency care and asked guests to make donations in their name to help provide aid to the people in Ukraine. The bride’s parents were among those making significant donations to the cause.

Brooklyn had previously shared his hope to have a loving and long marriage like his parents have had for the past twenty-three years. Brooklyn was just four months old when he was a guest of honour at his parents’ wedding. He wore all white to match dad David’s suit and Victoria’s Vera Wang wedding gown.

Victoria and David have been happily married for over two decades and with four children. If Brooklyn takes their template for his own marriage then it looks like he and Nicola will have a lovely and happy life.

We send our best wishes and congratulations to Brooklyn and Nicola Beckham.

Next
Shangri-La The Shard, London unveils landmark celebrations for Her Majesty The Queen’s Platinum Jubilee