Today tennis ace Andy Murray wed his girlfriend of ten years, Kim Sears, at a 12th Century cathedral in his home town of Dunblane. Despite moving to Spain at the age of 15 to train in his sport, Murray has retained strong links to his Scottish roots, and in recent years bought and renovated a stunning country house hotel nearby – where tonight’s intimate reception with family and friends will be held. 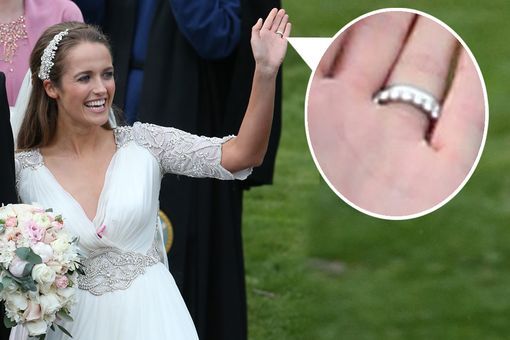 The couple were originally intending to marry in the small chapel in the hotel grounds, but seemingly opted for the 300 capacity cathedral when the guest list kept multiplying in size (something anyone who’s ever planned a wedding can sympathise with…) 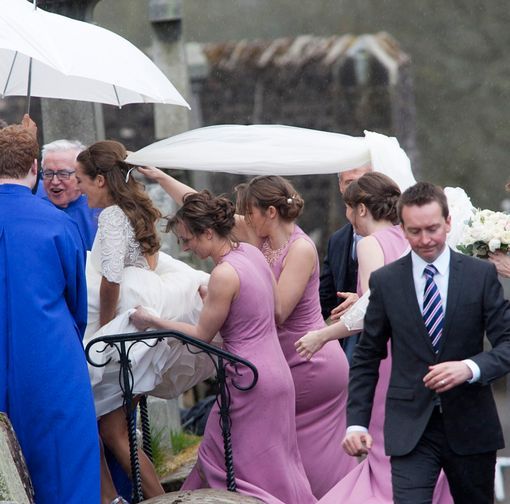 The weather was erratic today in the beautiful Scottish town, with early hail storms soaking the crowds of happy fans who have been camped at the cathedral gates hoping to catch a glimpse of the happy couple on their big day. The whole community has excitedly got into the wedding spirit, with floral bunting traversing the highstreet and several shop windows displaying their best wishes to Andy and Kim.

Andy and his groomsmen arrived at the cathedral shortly before 4pm, looking extremely smart in blue and green kilts with black suit jackets. Pipers played outside the 800 year old cathedral, which was adorned with white flowers early this morning, as Andy’s mum Judy arrived, wearing a cream ensemble with pale grey hat.

The highly anticipated arrival of Kim Sears gave crowds and press a glimpse of her long veil, and full skirted white Jenny Packham gown, with a low back and three-quarter-length sleeves embellished with tiny pearls. Her four bridesmaids were close behind, performing the solemn bridesmaids’ duty of keeping the dress and veil off the wet ground, looking pretty in pink. Other guests include Andy’s father, step-mother, and grandmother, as well as former tennis pro and good pal, Tim Henman. 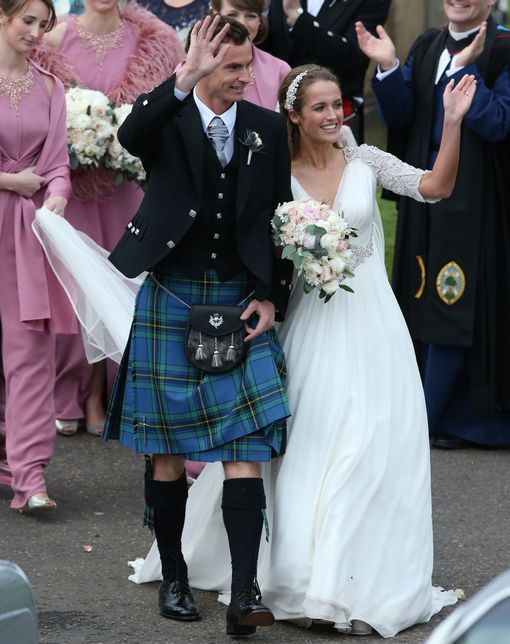 Andy and Kim met in 2005 through Kim’s tennis coach father. Last night Andy posted a brilliant, and very 21st century, hint about what the day might entail, via a string of sweet emojis on his Twitter account!

This is fitting for the popular sportsman, who last year sparked a flurry of anticipation by casually responding to a fan’s question on the social networking site, saying he would marry Kim “after Wimbledon”. The official announcement of their engagement came last November.

We can’t wait to see more pictures of the lovely couple, both just 27, and hopefully some snaps from the reception at Andy’s Cromlix country house hotel…