Sex And The City Sparkle with Swarovski Kiosque bag

It’s all about glamour…

Sex And The City hits the big screen in a feature film adaptation of the hit HBO television series. The film follows the continuing adventures of the series four main characters – Carrie, Samantha, Charlotte and Miranda – as they live their lives in Manhattan four years after the series ended.

Stars Sarah Jessica Parker, Kim Cattrall, Kristin Davis, and Cynthia Nixon are all on board to reprise their roles, while the film will be written and directed by Michael Patrick King, who executive produced the original television series.
Additionally, Chris Noth, David Eigenberg, Evan Handler and Jason Lewis will return as the women’s love interests.

Academy Award-winning actress Jennifer Hudson (Dreamgirls) has also joined the cast of the film and will play Carrie Bradshaw’s assistant, a new character to be introduced in the film.

In sync with the high fashion, femininity and style associated with Sex and the City, Swarovski

sparkles in the movie reflecting glamour, excitement and lifestyles of fashionistas.

Swarovski creations – like the Kiosque bag in clear crystal and the Era in black patent leather from the Spring-Summer 2008 collection, and the Nirvana ring – have been featured with some of the key characters in the movie.

Next
Go Get Fit for your wedding 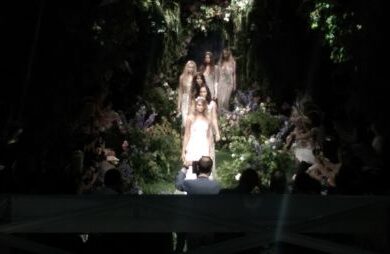 Sensorial Pleasures at Brides The Show