British designer label, Madeline Isaac-James, is delighted to announce that one of the gowns from the new 2014 Collection, which will be launched at the prestigious White Gallery London in May 2013, will be helping to raise funds for the Wedding Wishing Well Foundation.

A percentage of sales of the new ‘Naomi’ gown, an elegant silk shantung gown with lace accents, will go towards the organisation. The gown is aptly named after the charity’s founder and will be available to brides through Madeline Isaac-James’ stockists from September 2013.

The Wedding Wishing Well Foundation was founded in January 2012 with the sole aim to plan and fund weddings for people who are terminally ill.  The founder, Naomi Thomas, who has a terminal illness herself, decided to start the charity when she was unable to afford to get married to her long term partner Graham, who she describes as her rock.  A local wedding planner came forward to help Naomi & Graham with their wedding and they married in June 2012.

The charity had a very successful first year, and is proud to have been honoured with two awards from national magazines in January 2013 (Bride of The Year Award and Most Caring Person Award) in January 2013.

Through the increase in exposure of the good work that the Foundation offers, it continues to receive offers of help and consequently, it has had many more enquiries from brides and grooms looking for support.

Designer of the Madeline Isaac-James label, Natalie Gladman says “We are delighted to be involved with helping raise funds for the Wedding Wishing Well Foundation.  In addition to the launch of the beautiful ‘Naomi’ gown at White Gallery London in May, we have pledged to donate our ex-sample/discontinued line dresses.  This is also an important element of the Wedding Wishing Well Foundation and we would encourage other designers to support the foundation in the same way.”

The fourth edition of White Gallery London will showcase the finest bridal wear and accessory collections for 2014 from more than 60 international designers.  Held in Battersea Evolution (Battersea Park) from 19-21 May 2013, it attracts the most exclusive retailers and influential press from around the world.

Previous
How To Achieve An Art Deco Inspired Wedding 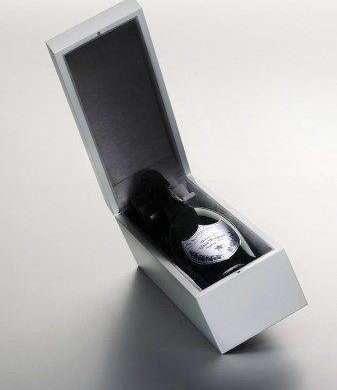