Honeymoon At The Ice Hotel Sweden

The Ice Hotel Sweden – One of the hotel suites that I would be excited to visit this year is the Ice hotel in Jukkasjärvi, Sweden. The hotel features blocks of ice carved into the shape of Parisian rooftops and chimney pots by French designers Les Ateliers de Germaine.

Located 200 kilometres north of the Arctic Circle, the Icehotel is the largest hotel built of snow and ice in the world. It is constructed afresh every year and various artists are selected to create different themed rooms, allowing visitors to spend the night in sub-zero temperatures.

The room is based on Montmartre, one of Paris’ most famous areas. It features a carved outline of the Sacré-Cœur basilica at one end, as well as a series of rooftops with illuminated dormer windows and chunky chimney pots. 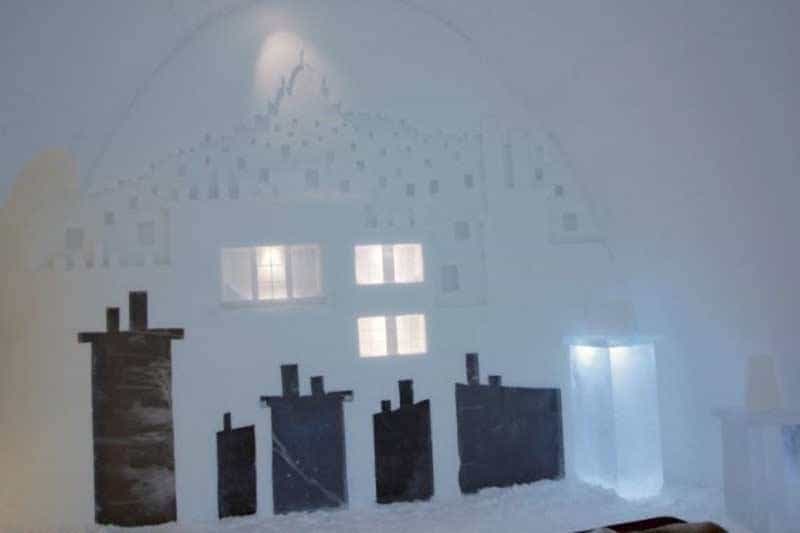 “Paris seemed to be the best example of a French city known all over the world,” Voisin told Dezeen. “We thought about the way Paris is showed in cinema and literature. Because everything is a bit crooked in the room it looks like cartoon scenery.” 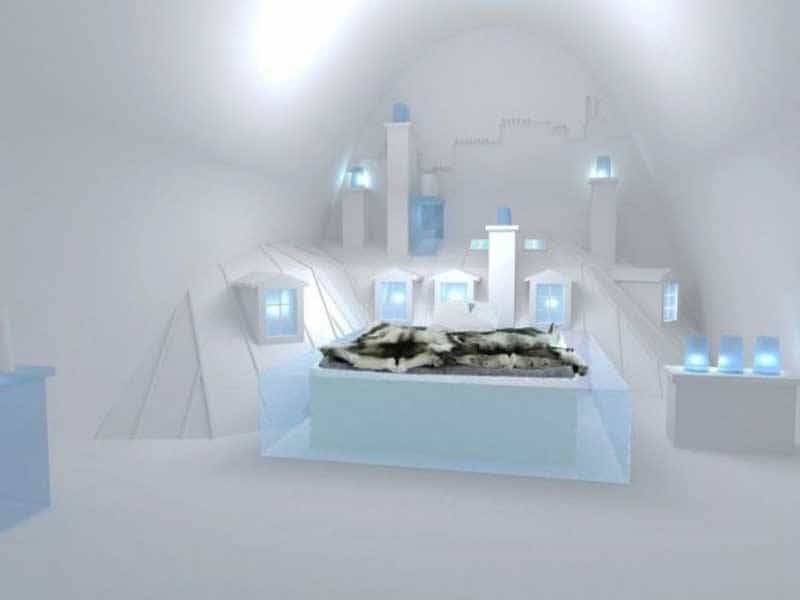 Other art suites include ‘Mind the Gap’ by Marcus Dillistone and Magdalena Åkerström, which features an ice sculpture of an underground train, and ‘Pole Dancing’ by Christine and Natalie Close, which counts a huge polar bear sculpture amongst its interior décor.

For more information about the Icehotel, see icehotel.com