After 10 months of whirlwind romance, Shane Warne has proposed to Liz Hurley during a romantic and fairly public dinner at the Road Hole Restaurant.

A source noted, “He didn’t get down on one knee, but when it was announced the other guests in the restaurant stood up and applauded. Everyone there was absolutely delighted.”

The two began dating after Liz separated from her husband of four years and Shane had split from his wife of ten years, the flirting began on twitter and soon the public had caught on. And although the road looked rocky with accusations that Shane had been unfaithful, it looks as it Liz has put it all aside for the grandest gesture of love.. and a sapphire and diamond ring estimated to be worth £50,000. 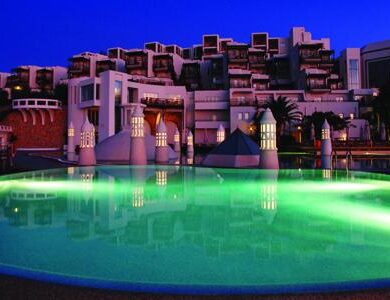 ‘One of a Kind’ Venues For Stylish Couples