Enamour by Amie Bone Flowers at The National Wedding Show 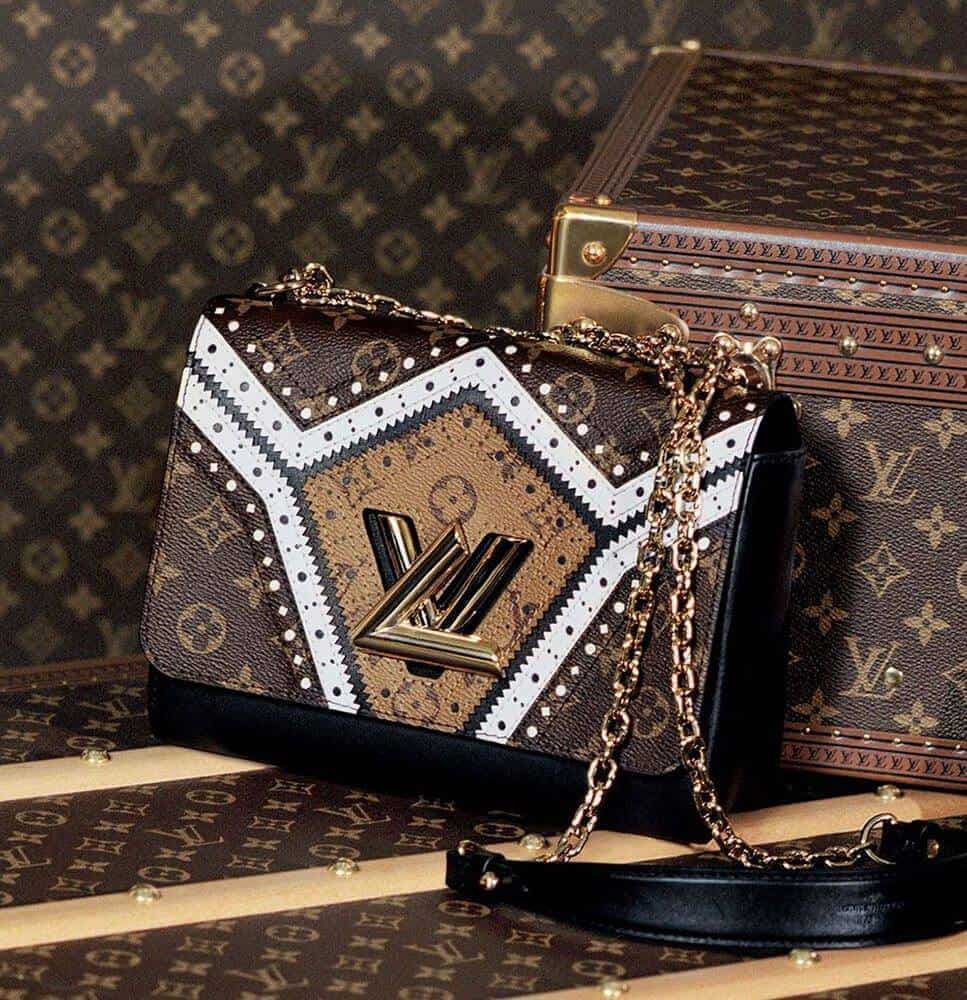 Louis Vuitton is the most valuable luxury brand in the world.

Dominating the luxury market, the LV monogram is one of the most recognisable marks in fashion. When he was only sixteen years old, Louis Vuitton made a decision to become a trunk master. Founded in Paris in 1854, Louis Vuitton’s company revolutionised the baggage world with the introduction of a lightweight, stackable trunk. As imitated then as they are now, Vuitton’s designs and looks have been loved the world over, and the first London store opened on Oxford Street in 1885. Following in his father’s footsteps, son Georges Vuitton designed an ingenious closing system – the Tumbler Lock – that seemed so ‘unpickable’ that the Vuittons challenged Harry Houdini to escape from a Vuitton box and lock. The great American escape artist didn’t take them up on the offer, but the lock is still used today.

Louis Vuitton trunks have always been made by hand. Nails are tapped in, one by one. Each key for the lock is handmade and will fit the lock of each piece of the traveller’s luggage. Wooden frames are crafted from 30-year-old poplar that has dried for four years. It’s this process that means that each trunk can take up to 60 hours to make.

In 1896, Georges created The Monogram in honour of his late father. One of the most counterfeited brands in the world, The Monogram adorns every LV handbag, and its monogram canvas design has even covered the exterior of the New York Fifth Avenue store.

So precious to the brand is The Monogram, that the company has 60 people working full time on pursuing counterfeiters. It’s this forgery business that led Louis Vuitton to slim its distribution network down, removing department store collections and focussing on authentic standalone boutiques.

160 years of The Monogram

In 2014, to celebrate 160 years of The Monogram, Louis Vuitton commissioned six world-renowned figures to celebrate the icon. As part of “The Icon and the Iconoclasts: A Celebration of Monogram” project, six creative iconoclasts, on top of their individual fields of fashion, art, architecture and product design, took the LV monogram and created a new series of bags.

In 1997, under the direction of Artistic Director Marc Jacobs, Louis Vuitton added its first line of ready-to-wear clothing for men and women. Following this, the Tambour watch collection was launched and now the brand offers jewellery, glasses, shoes and fragrance as well.

Celebrities love to be seen clutching an LV. Rihanna, Nicole Kidman and Kanye West (temporarily forgetting his boycott!) have all sported the luxury brand, proving their love of the iconic ‘It’ bags. Audrey Hepburn even had a passion for Louis Vuitton, taking her ‘Speedy’ with her wherever she went. Louis Vuitton excels at what they do. Holding the title of the world’s luxury brand is a heavy mantle, but with the best in design, craftsmanship and quality, they’re a tough brand to beat.