Dior, the designer of dreams

Seventy years ago, a name that was to be synonymous with taste and luxury was launched onto the fashion scene.

Founding the Dior fashion house, Christian Dior was the designer of dreams. His first show on Avenue Montaigne, strewn with flowers and showcasing tiny waists, accented busts and unique silhouettes received acclaim from the Editor-in-Chief of Harpers Bazaar, Carmel Snow, who declared, “It’s quite a revolution, dear Christian! Your dresses have such a new look!”. Having heard this, a Reuters reporter threw a note from the show’s balcony to a courier waiting below, and the news reached America before it had even spread through France.

Creating waves across both sides of the Atlantic, Dior was reviving the French fashion industry, reimagining female fashion. Weary from the war, women had lost their sparkle, beaten down by rationing, worry and fear. He encouraged women to rediscover their femininity, grasp light-heartedness and the art of seduction, which he knew was always hidden within.

And so was born the infamous Dior ‘New Look’. Christian Dior created the mannequin that was to bear the new designs. Hammering a new shape, he dressed it with dresses that accentuated the waist, hips and bust. The Bar Jacket became an icon of Dior’s New Look, and this look continues to inspire the Dior catwalk today.

After Christian Dior’s death is 1957, general manager Jaques Rouet considered shutting up shop, however the Maison Dior was just too important to the industry, so a young Yves Saint-Laurent was promoted to Artistic Director, and sent ripple through the fashion world with his softer, lighter creations. However, riding high on his success, his designs became more daring and, when called up to join the French army, no objections were raised by the House of Dior.

Fast forward to the 21st century and Dior’s fashions are still hailed as utterly luxurious and entirely captivating. With lines in perfume, handbags, cosmetics, jewellery and watches, as well as men’s and women fashion the brand’s iconic status is far reaching. 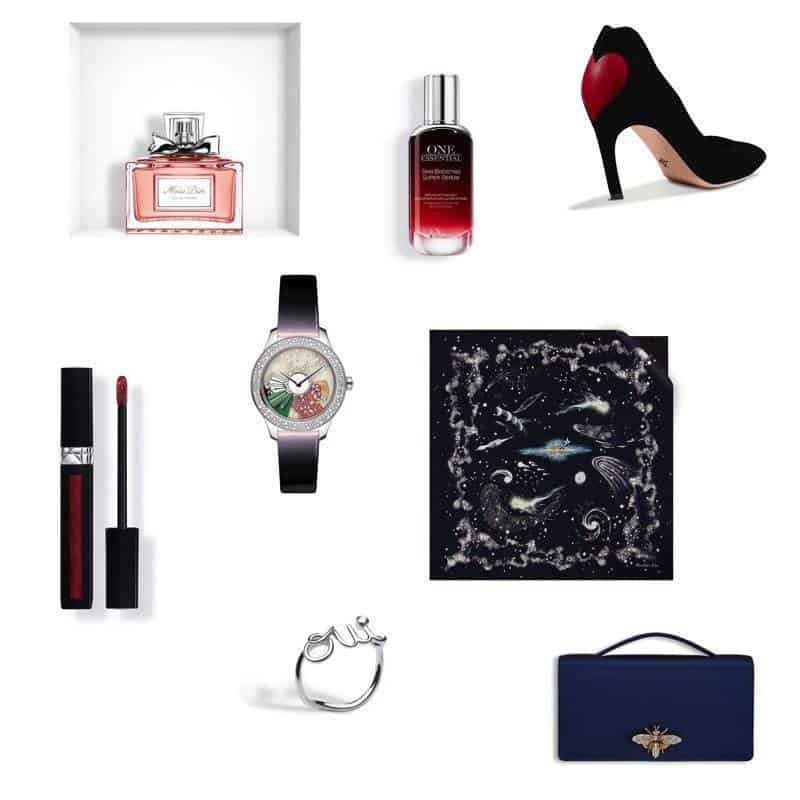 Dior’s Autumn-Winter 2017/18 collection celebrates the House’s 70th anniversary. Encompassing a desire for faraway lands, the collection mixes elements from the masculine wardrobe with ethnic pieces. Menswear fabrics are transformed into shimmering surfaces and colours and flowers fade into nocturnal shades of velvet.

These pieces recall the monumental maps and globes of grand interiors: relaying the power of feminine literary roamings, sprinkled with explorations of culture and style. ~ Dior

Christian Dior’s legacy lives on, with only the best and most skilled craftsmen designing and creating Dior products, strengthening the brand with beauty.

Previous
A lavish occasion in Puglia

Next
Sensational Save the Dates