How to Plan a Vintage Wedding Theme around the Victorian Era 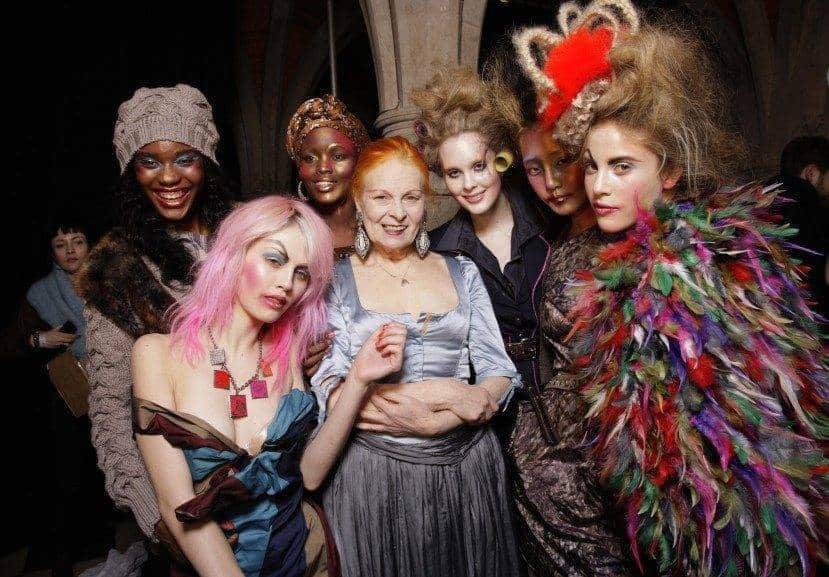 A stalwart of British fashion, Vivienne Westwood has always been one to push the boundaries.

Bringing modern punk and new wave fashions into the mainstream, she has been credited with creating the ‘Punk Rock’ style. The Birth of Punk Rock Fashion

Late 1960s London was still swinging with the hippie movement, but, uninspired, Vivienne Westwood and boyfriend and manager of the Sex Pistols, Malcolm McLaren turned to edgy biker clothing, zips, rips and leather.

Opening up their first shop, ‘Let It Rock’, they appealed to the rebellious set, designing t-shirts with provocative messages and indulging their tenacious stance, inspired by the shock value of punk.

From these defiant foundations, it almost seems counter-intuitive that Vivienne Westwood’s career would be so enduring and popular. But it is from these rebellious beginnings that her brand grew and developed. Never afraid to innovate and recreate, Westwood’s catwalk shows and collections demonstrate her evolution and creativity.

Vivienne Westwood’s collections have followed her fascinations over the decades, from punk to ‘Tatler’ girls, parodying the upper classes, her designs remaining original and groundbreaking. Never one to shy away from causes she believes in, Westwood has lent her name to a variety of causes over the years. From human rights to climate change, she has used her catwalk as a platform to demonstrate her support of campaign groups.

Off the catwalk, Westwood’s most recent notable demonstration was a protest to encourage the use of renewable energy. Together with her son, founder of Agent Provocateur, Joseph Corré, she burned £5million of punk rock memorabilia on a barge in the River Thames. World renowned, celebrities adore Vivienne Westwood, with her collections gracing the red carpet at every event. Perhaps the most notable recent appearance is her Mountain or Buffalo Hat – made famous by Pharrell Williams at the 2014 Grammy Awards. Created in 1982 for Westwood and McLaren’s third runway show, Buffalo Girls (Nostalgia of Mud), the hat was a part of the collection inspired by the traditional dress of Peruvian women. Having been available for over 30 years, the Buffalo Hat has really only just become an international icon for the Westwood brand.

Her latest collections include the famous asymmetric necklines, nipped waists and eccentric design that we know and love as Vivienne Westwood.

Next
Free Guide To A Destination Weddings in Italy